Detail from a painting by Annie Knibb. ©Annie Knibb

India is full of beautiful free-roaming dogs. These canine citizens share the urban and rural spaces with their human counterparts. Here are just a few of the canine adventures I embarked on while in India, some of which I wrote about in Jati Kutta: the street dog, the servant, and me.

One day I came upon a scrawny little pup ambling down the road in front of my house. He was weak, skinny, and dirty. I decided to take him in and give him a helping hand… 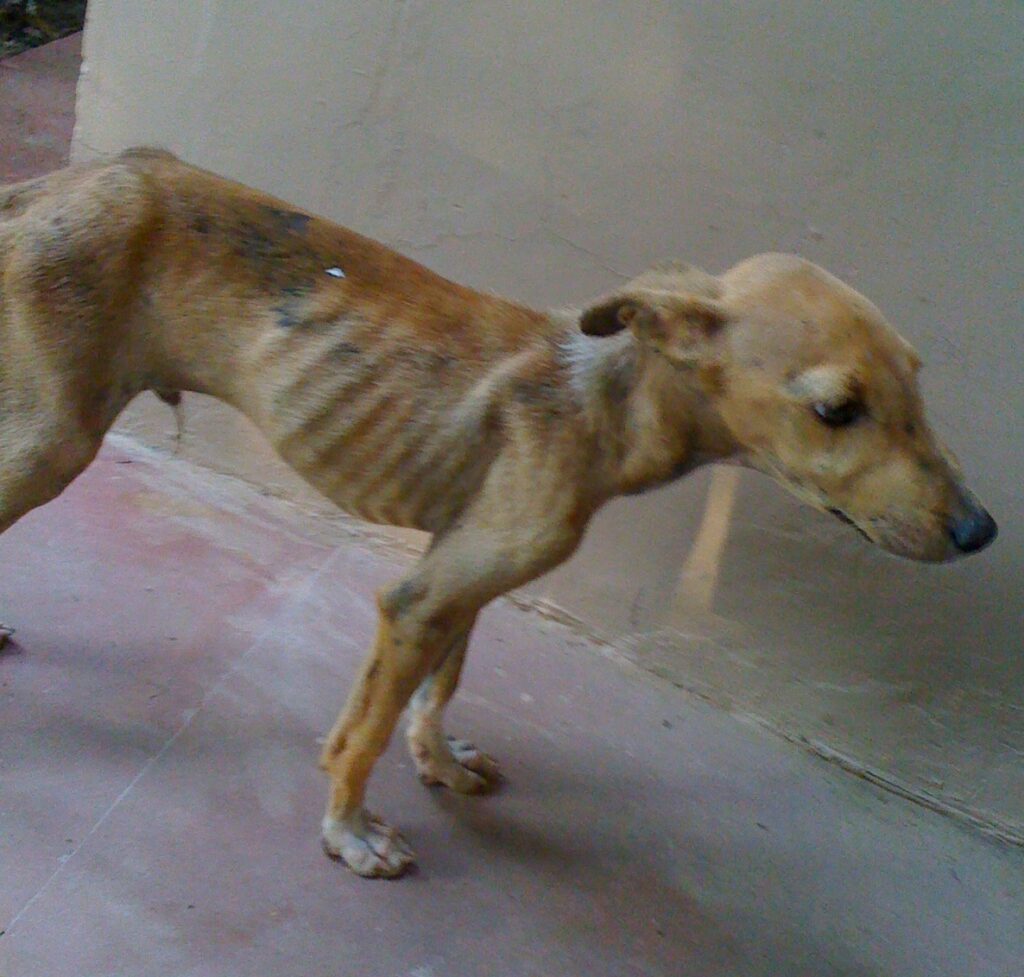 Despite my efforts, I couldn’t find a home for this sweet pup in Ahmedabad. I wanted to keep him but I couldn’t because I already had three dogs. Someone in Canada saw his story on the internet and contacted me, and before too long…  (Click on the article to read it.) 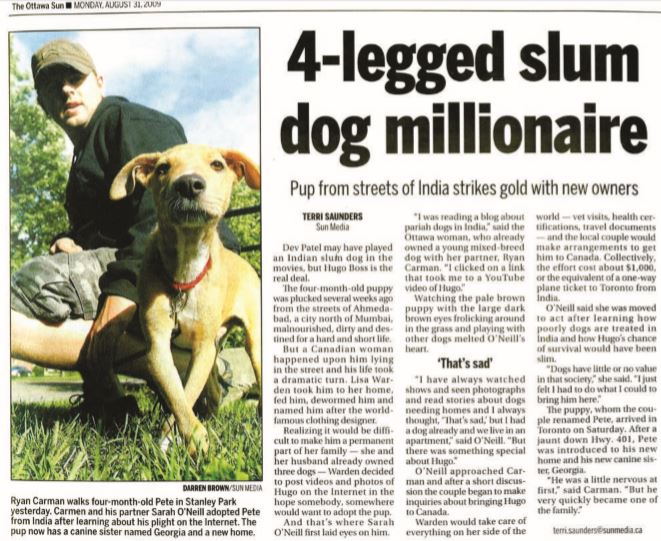 The joy of happy endings!

When I moved to India in 2008, I began volunteering at an animal shelter in Kakinada, a town in the state of Andhra Pradesh, in southeast India. It turned out things weren’t on the level at the Kakinada SPCA. Animals were suffering, and something dodgy was going on beneath the surface. I set out to investigate…  (Click on the article to read it.) 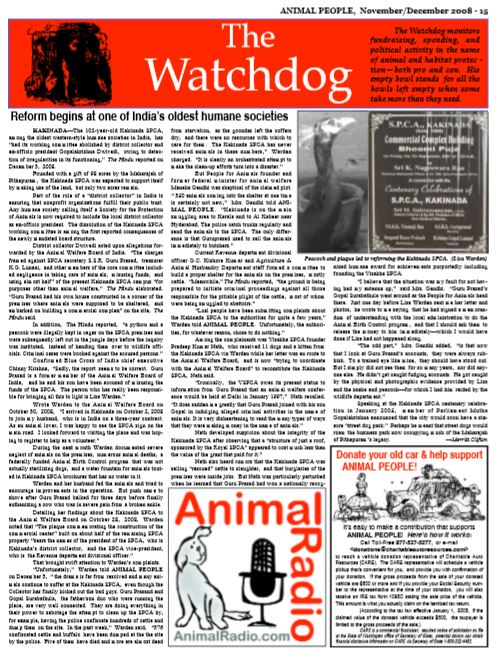 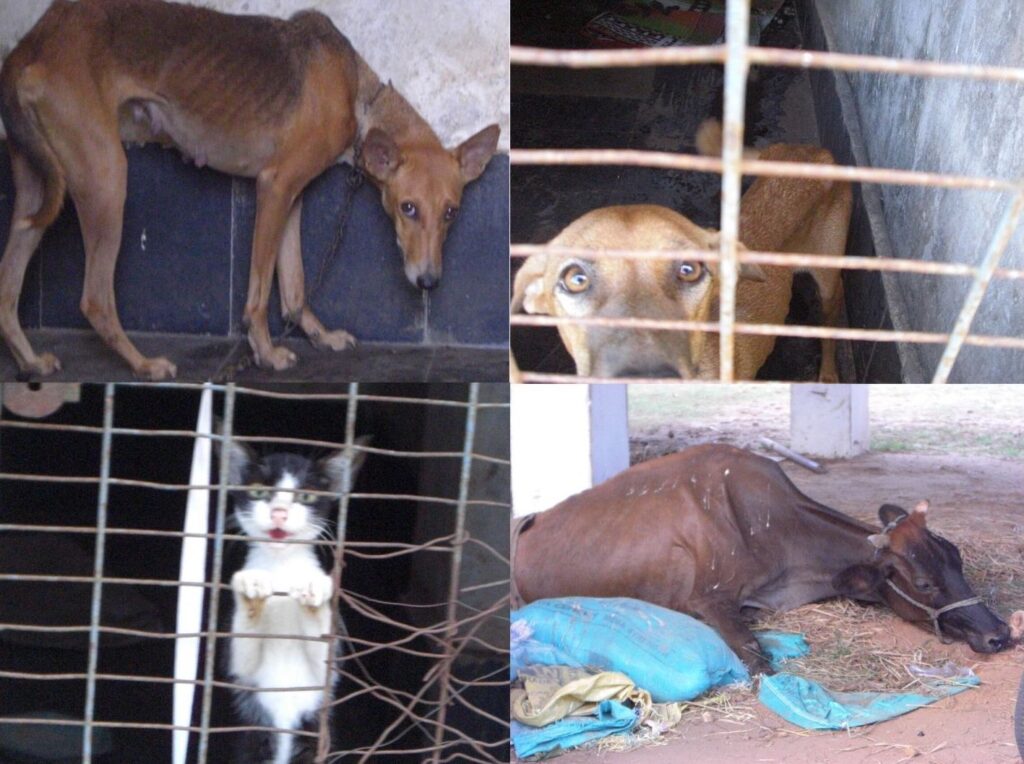 Driving through a village outside Ahmedabad, I came across a dog who’d been hit by a car. I don’t know how long he’d been there, but he was emaciated, dehydrated, and paralyzed. He came home to live with us, and eventually got a wheelchair. Boy was he over the moon! And so was I. His story was even covered on the front page of the Times of India. 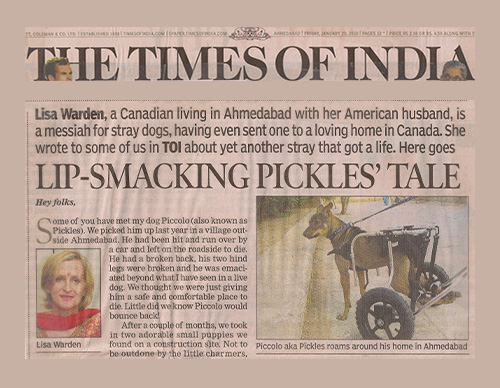 The Tongs of Doom

While living in Ahmedabad, India from 2008 to 2010, I found out the city dog catchers were catching street dogs with iron tongs, which really hurt the dogs, and sometimes even killed them. After repeated attempts to convince city authorities to switch to humane methods of dealing with street dogs, they finally agreed to let me have the tongs. Within a week of picking them up, the city of Ahmedabad charged me with various criminal offenses and filed a $2 million defamation suit against me. Ah well, at least they’re not torturing the dogs anymore. Listen to the CBC interview about “tong gate”. I was happy to have one prominent Amdavadi stick up for me in the local press, in which I was otherwise skewered over a period of several weeks. Indian classical dancer, actor, and activist Mallika Sarabhai penned the following column about the brouhaha (click on the article to read it):